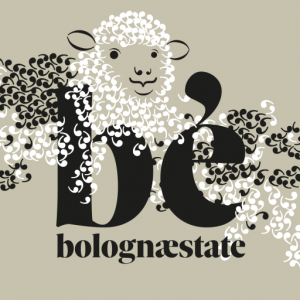 As every year, Bologna in the summer is an unmissable cultural destination, with numerous live music events, a film festival (with open-air showings in the city’s famous Piazza Maggiore), dance, theater, exhibtions, meetings with writers and authors, and all in some of the city’s most attractive and interesting locations.

Plus, if you can’t make it to Brazil for soccer’s World Cup, not to worry! There’ll be mega screens, so you can follow Italy’s matches in the company of Italian soccer fans (that’s sure to be an unforgettable experience!)

Getting around Bologna is so easy, whether on foot or by bicycle, and many of the events in the program are offered free or at affordable prices.

Yes, Bologna in the ‘hot season of culture’ is just perfect for culture-hungry visitors, whether on a limited budget or otherwise!

Sign up by the end of May for any group Italian course beginning in June, July, August, or September, and you’ll be entitled to the usual discounts available on our website…

Don’t miss this chance to take a one-to-one class personalised by our professional teacher according to your needs and preferences.

Help with pronunciation? Correction of mistakes? Another look at a problematic area of Italian grammar? Or just some extra speaking practice?

Here I was planning to link to the full Bè – Bologna Estate program on their website.

Sadly, while they’ve managed to get the press release out on time, the site is still ‘under maintenance’.

But hopefully, I’ll be able to fill in more details in my next post!

So in the meantime, why not check out the details of our 2014 Summer Offer on Italian courses?

Which is the right Italian language course for you? Choose one of the courses below... please note … END_OF_DOCUMENT_TOKEN_TO_BE_REPLACED

Bologna, nicknamed the "red" (for its roofs), the "learned" (home to Europe's oldest university) and … END_OF_DOCUMENT_TOKEN_TO_BE_REPLACED