I hate getting “Merry Christmas” emails because everyone sends them: suppliers, competitors and spammers. Everyone uninteresting.

It’s such a cliché.

Writing them can be fun, though. And this year I even did my own tree image, instead of ripping one off from Google.

(If you can’t see my wonky Christmas tree over there >>> click the “show images” link in your email client.)

So, you probably worked out by now that if you need a graphic designer, you’re not immediately going to think of Madrelingua.

On the other hand, we hope to be your first port of call anytime you’re in the market for a top-quality Italian language course.

Buon natale to you and your families, wherever you are in the world.

P.S. This article is open for comments, so if you want to wish us Buon natale or send Christmas greetings to your teachers or people you met on your course, go right ahead!

Just click this link  to view the article and write your message in the box at the bottom of the page.

You were meaning to do this.

But you haven’t got round to it yet.

There are just hours to the end of the offer.

Got Paypal? Or a credit card? This is going to take you just seconds.

And you don’t even have to decide the dates of your Italian course (just let us know when you’ve organised it.)

To make sure of your 20% discount, the best offer of the year, click here.

(Go on, save 20% on your next Italian course in Bologna now!) 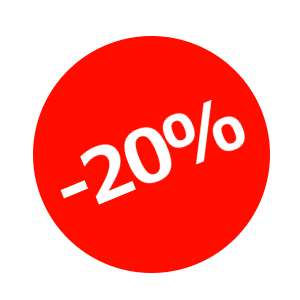 This is your “last-day” reminder.

If you’ve already saved 20% on the price of your next Italian course in Bologna, well sorry to have bothered you again…

If not, please be aware you have only until midnight tonight to fix it so you’ll pay 20% less for your next Italian course in Bologna.

This is the best saving of the year, and will not be repeated for 12  months.

So get it now.

Go here to pay a modest deposit and so secure your 20% saving.

You have just one day left to take advantage of the best offer of the year!

Remember before the Internet? It seems so long ago.

To book a holiday or study vacation, we’d go to a travel agent. Maybe pick up some brochures to take home and leaf through.

A week or two later we’d go back and talk things through with the woman in the agency. Ask some questions, get advice.

Perhaps a few more days before making a final decision. Then, back to the travel agency and out with the chequebook to pay a deposit.

These days, it’s all so much simpler. And faster!

In fact, it should take no more than a minute or two to book your Italian course in Bologna, and without ever leaving your home or office.

Which means… you’ve no excuse for not improving your Italian in 2014! 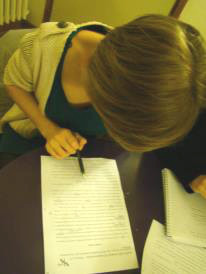 If you have a job, a family, well let’s say a life, you may not be able to take much time out of it to learn Italian in Bologna.

In which case, you’ll want to absorb as much Italian as you can while you’re here.

The solution? An intensive Italian course!

But just how intensive IS an intensive Italian course in Bologna? Might it be, well, too much?

20 or 30 hours of Italian lessons a week? END_OF_DOCUMENT_TOKEN_TO_BE_REPLACED

You’re interested in learning Italian, or you wouldn’t be reading this.

But, as you’ve probably worked out by now, learning a foreign language is a time-consuming business, with a high chance of eventual failure.

Life gets in the way. Doubts, or conflicting priorities may well mean you make less progress with the language than you initially hoped.

But it doesn’t have to be that way.

It IS possible to learn to speak and understand Italian to a good level.

With a little help from your friends, of course! END_OF_DOCUMENT_TOKEN_TO_BE_REPLACED 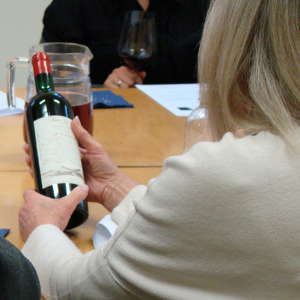 Well of course it will.

And especially if you drink it in Italy, where you’ll be able to practice speaking and understanding Italian at the same time.

Here are a few of the ways that ‘il vino’ can give your Italian a boost:

P.S. There are just SIX MORE DAYS to save 20% on your 2014 Italian course (and so have more cash left to spend on wine…)

Sitting at the reception desk of our Italian language school, I’ll quite often have conversations with Spanish university students, who’ve just arrived in Bologna and need to learn Italian.

Next time you meet someone who tells you they speak French, Spanish, Italian, and hey, a little Portuguese, don’t be too impressed. It may not be that they are some incredible polyglot with superhuman abilities.

The similarities between Latin-based languages are strong. Knowing French or Spanish gives you a huge advantage in learning Italian, and vice versa. It’s not so much a question of starting from scratch, as of converting what you already know.

Conclusion? If you did French or Spanish at school, Italian should be a walk in the park for you.

Hard compared to what?

I once spent a fascinating year teaching English to Japanese high school students. One thing that struck me was that, get this, the teenagers I was teaching were STILL LEARNING TO READ THEIR OWN LANGUAGE. At high school!

Spoken Japanese is not so hard. Different, yes. But pretty regular, with a reasonable pronunciation system.

Written Japanese, well that would be another matter. I imagine you’d have to dedicate a good part of your life just to get to the point where you could understand the newspaper.

So, compared to Japanese with its ideograms, or even Russian and Arabic which simply have different alphabets, Italian looks like a piece of cake, doesn’t it?

Let’s assume you’re an English speaker who doesn’t already have a good command of another Latin language.

Will you find Italian hard to learn?

At the beginning, yes.

If learning Italian is like climbing a mountain, you’ve got the sheer, icy bit with the lethal showers of falling boulders right there at the bottom where you have to being your ascent.

The fearsome cliff of “grammar”. Not a place for the timid or unprepared alpinist.

To say anything in Latin languages like Italian, you need to be able to conjugate your verbs.

Except it’s a lot more complicated in Italian:

Then of course there are nouns with gender (the glass is male but the bottle is female), and plurals which vary according to that gender.

Prepositions are a mess, too.

I could go on.

BUT, survive the treacherous conditions on that initial vertical pitch, and what will you see?

Grassy meadows, gently sloping away up to the distant summit.

Wildflowers, frollicking cowgirls, sunbeams, you get the idea.

Getting up the rest of the mountain will be child’s play.

So, is Italian a hard language to learn then?

If you’re an English speaker who’s never successfully learnt another foreign language, well the answer has to be ‘Yes’.

But if you’ve already summitted other similar peaks, this one is not going to give you much trouble.

And remember, whatever you level of mountaineering experience, once you get past the technical lower cliffs, you’ve got the cowgirls and wildflowers to look forward to! 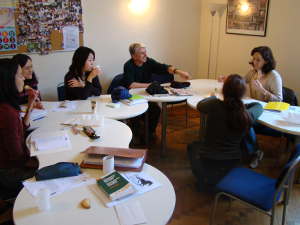 At least, once you get used to it.

And assuming your teacher knows what she’s doing.

But why won’t you teach me in English??

But most obviously, people come to us to learn to speak and understand Italian.

Should we insist that they have an excellent working knowledge of English before we allow them to study Italian?

Which is the right Italian language course for you? Choose one of the courses below... please note … END_OF_DOCUMENT_TOKEN_TO_BE_REPLACED

Bologna, nicknamed the "red" (for its roofs), the "learned" (home to Europe's oldest university) and … END_OF_DOCUMENT_TOKEN_TO_BE_REPLACED